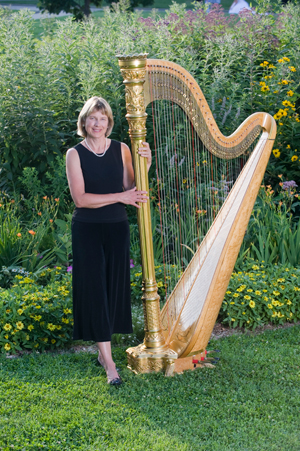 Catherine was the Solo Principal Harpist for the Regensburg Philharmonic Orchestra in Regensburg, Germany from 1984-1991. While in Germany, she recorded a program of Irish harp music entitled "The Songs of the Irish Harpers" with tenor Fran O'Rourke for West German Radio (WDR) in Cologne. Her recordings include "Christmas Blessings", an instrumental tapestry of seasonal favorites; "Glorious", a collection of hymns, Spirituals, and classical pieces, music to inspire the soul; with Cellist Sachiya Isomura and Flautist Barbara Leibundguth; and "French Art Songs", a CD with soprano Judith Cummings.

Catherine was winner of the 1999 North American Welsh Eisteddfod Instrumental Competition and has attended the Tanglewood and Aspen Music Festivals. Among her performances are appearances at the Governor's Mansion, St. Paul's Cathedral for MPR's recording of The St. Olaf Choir, The Walker Art Center, Orchestra Hall, Excel Energy center, The Minnesota Irish Festival (for the visiting Prime Minister of Ireland), the Schubert Club's Landmark Center Courtroom series, and at the J. James Hill House accompanying Notesmyth, a madrigal Christmas performance. She has served as both the President and Vice President of the Minnesota Chapter of the American Harp Society.

Recently, she was a featured performer in the 4th International Rio Harp Festival in Rio Di Janeiro with Flautist Jane Strauman.

She currently teaches harp at Bethel University, Hamline University, and the University of Northwestern, St. Paul. Catherine maintains an active teaching studio and is a professional freelance musician in the Twin Cities area.